MACN, together with UN Global Compact, paving the way for a more sustainable future by strengthening integrity in Bangladesh 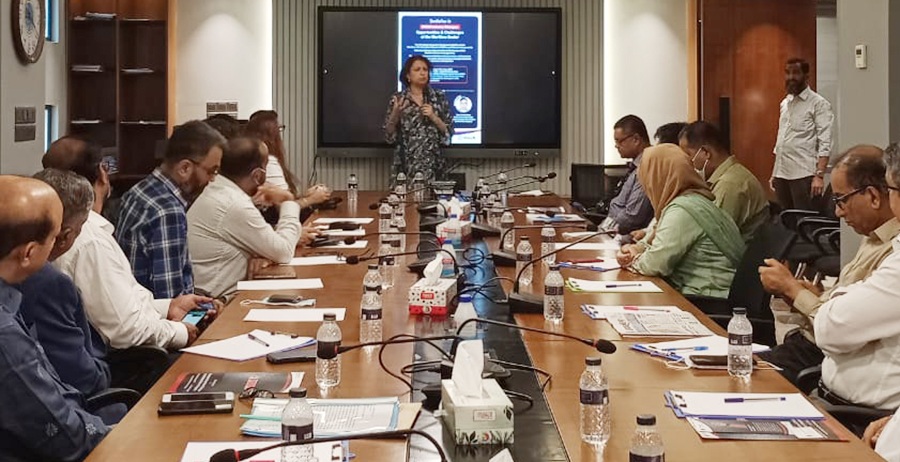 Back in May, a team from MACN visited Bangladesh for the first time to initiate the dialogue fighting corruption at sea. During the stay the team held meetings with various parties, both private and public, in the maritime industry. An event was organized by MACNs local partner UNGC, welcoming stakeholders who are important for the port and the maritime trade agenda.
According to MACN’s Senior Lead for South Asia, Jonas Søberg Erlandsen, there was profound interest by the different stakeholders across the industry.
MACN and its local partner UNGC have then built on the momentum from the May event and in August MACN succeeded in assembling a long list of important stakeholders within the maritime industry to discuss solutions to mitigate maritime corruption risks. Among the stakeholders were Mr. Syed Mohammed Arif, Chairman of the Bangladesh Shipping Agent’s Association and Mr. Jowher Rizvi, Managing Director of Summit Alliance Port Limited.

Building trust
To Jonas Søberg Erlandsen it is extremely important to make progress, no matter how slow, and not to point fingers and assign blame at each other.
“We try to open as many doors as possible introducing to our work, and how we can contribute to a more sustainable future for the maritime industry in Bangladesh,“ Jonas Søberg Erlandsen says.
Vice President in GBX Logistics Ltd., Shamsuddin Ahmed Chowdhury Minar, who has been working in the Bangladeshi maritime industry for more than 30 years, has given his backing to the work and agenda of MACN, but cautions about the importance of approaching slowly.
“It is all about creating an environment for change. Therefore, we need to have patience but at the same time find the root cause of corruption,” Minar says and adds:
“Association with the right people to represent MACN and to achieve success of the project is therefore very important.”

Widespread corruption
According to Transparency International, Bangladesh is placed as one the most corrupt countries in the world. Counting 80 per cent of the export and import, the maritime industry is no exception.
During the meeting in August, Mr. Jowher Rizvi, Managing Director of Summit Alliance Port Limited addressed the different challenges of corruption, including the need for a more a collective response.
“Shipping companies that proactively address the issue and implement robust anti-corruption programs may still be at a disadvantage and not sufficiently rewarded, while those willing to pay bribes may continue to benefit inappropriately,” Mr. Jowher Rizvi said.
Although there are three seaports in Bangladesh, 98% of the approximately three million containers leaving the country every year are shipped from Chittagong Port.

Finding common grounds
According to Jonas Søberg Erlandsen, the next steps for MACN are to create the foundation for systematic changes and move on to concrete actions like launching “The Say No” (to corruption, red) campaign and push for capability building and training solutions for public and private sector.
“There is huge potential for achieving success in Bangladesh. A common interest for change is striking across all the different maritime stakeholders. Rather than pointing fingers, we are at the point of bringing stakeholders together and confident of finding shared solutions to this longstanding issue, concludes Jonas Søberg Erlandsen. 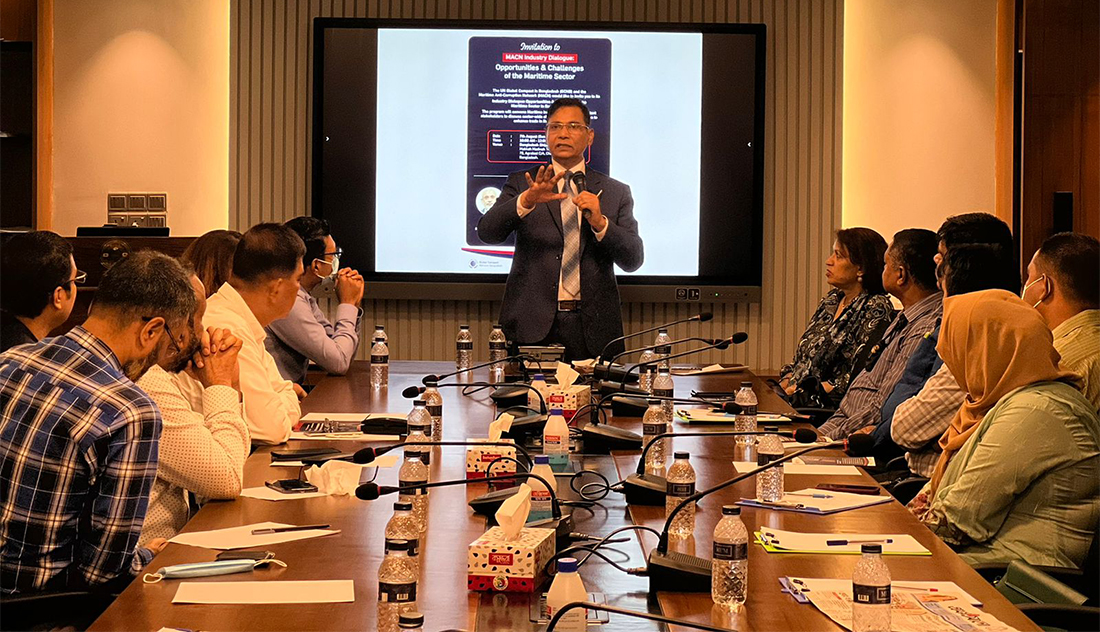 Capacity building to address corruption challenges through incident data and...