What is an incident?

An incident occurs when a public official or an agent on behalf of a public official makes; a demand for items which are not intended to be consumed on board the vessel, issues an unjustified fine, threatens the safety of the vessel or crew, or behaves in an unethical manner.

What is a public official?

Any person performing an official task for or on behalf of a government, state department, agency, or public international organization. In practice this definition covers all types of stakeholders you may possibly face, including but not limited to pilots, customs, immigration, port state control and agents.

Different types of incidents are submitted separately. Separate reports are submitted for different ports, every individual actor making a demand and each demand made during a port call. One port call can therefore result in several incidents.

What is not reported?

Names of people, companies, vessels are not reported and information of whether gifts / payment / other benefits were given is not provided.

How are incidents reported?

Incidents are reported via MACN’s website, either through the short form online, or in order to report multiple incidents collected over time, in an excel template as is provided at the bottom of the page and can be uploaded anonymously.

Are reports kept anonymous and confidential?

Reporting is anonymous and non-attributable. It is not possible for anyone to identify who has submitted a report, and the report does not include details that would identify ships or individuals.

The system was launched in 2013, however reports of incidents involving bribes or other corrupt demands date back to 2011.

The reporting mechanism is open to both MACN members and non-members. Anyone who is involved in or witnesses a corruption incident can submit a report.

How is the data protected?

The MACN Database is maintained within EU data protection regulations, i.e. the servers are hosted in Europe. 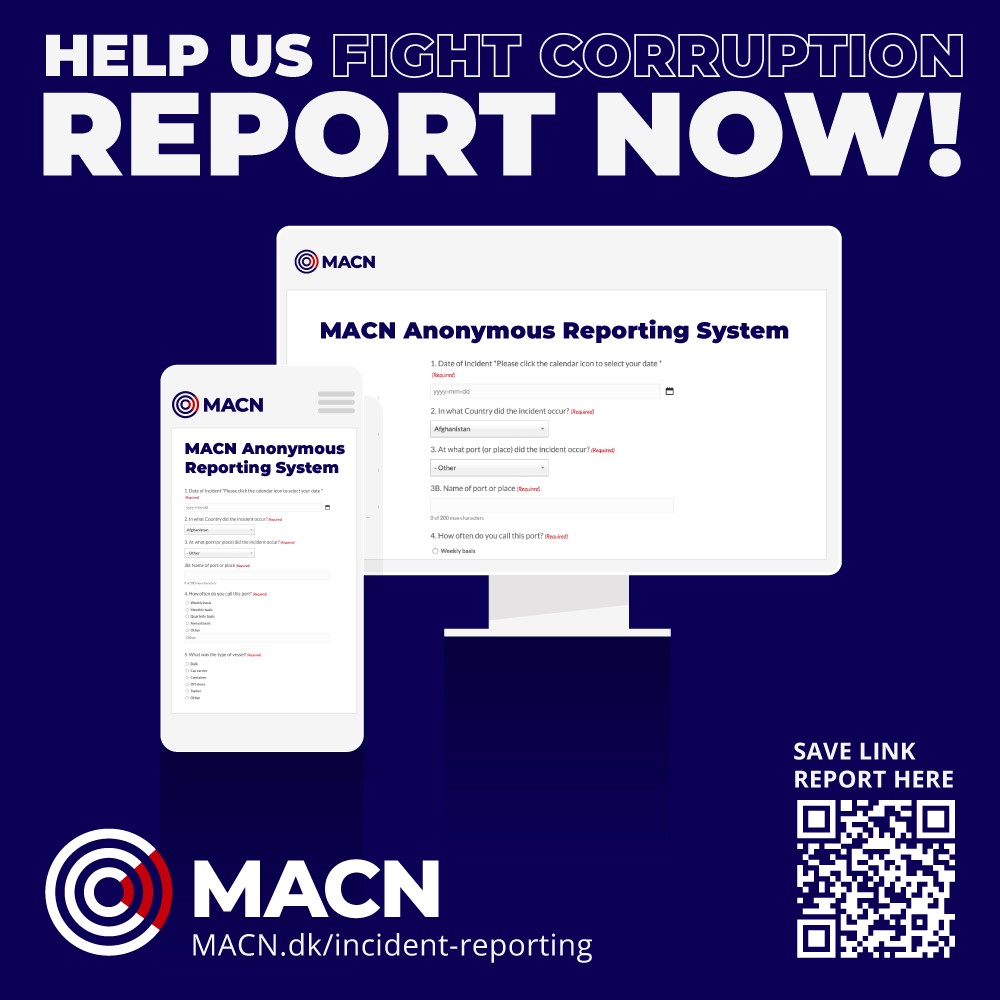 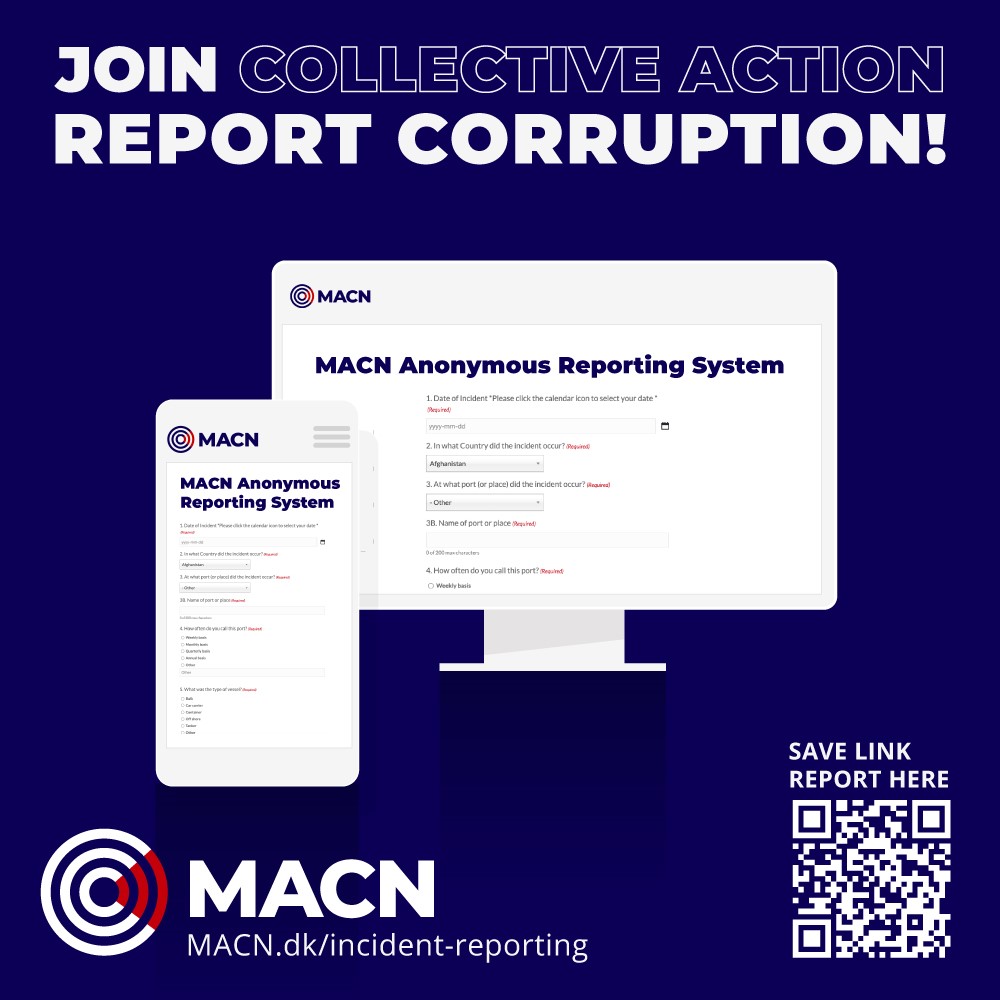 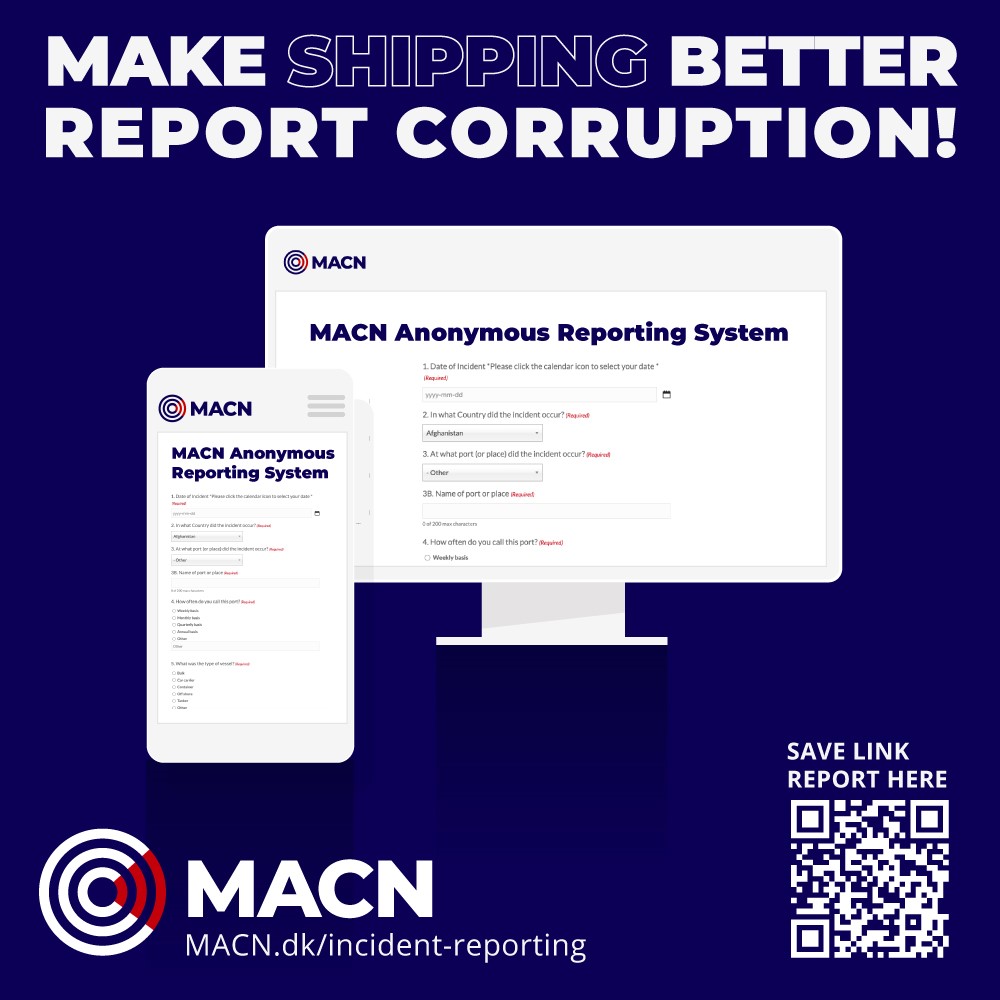 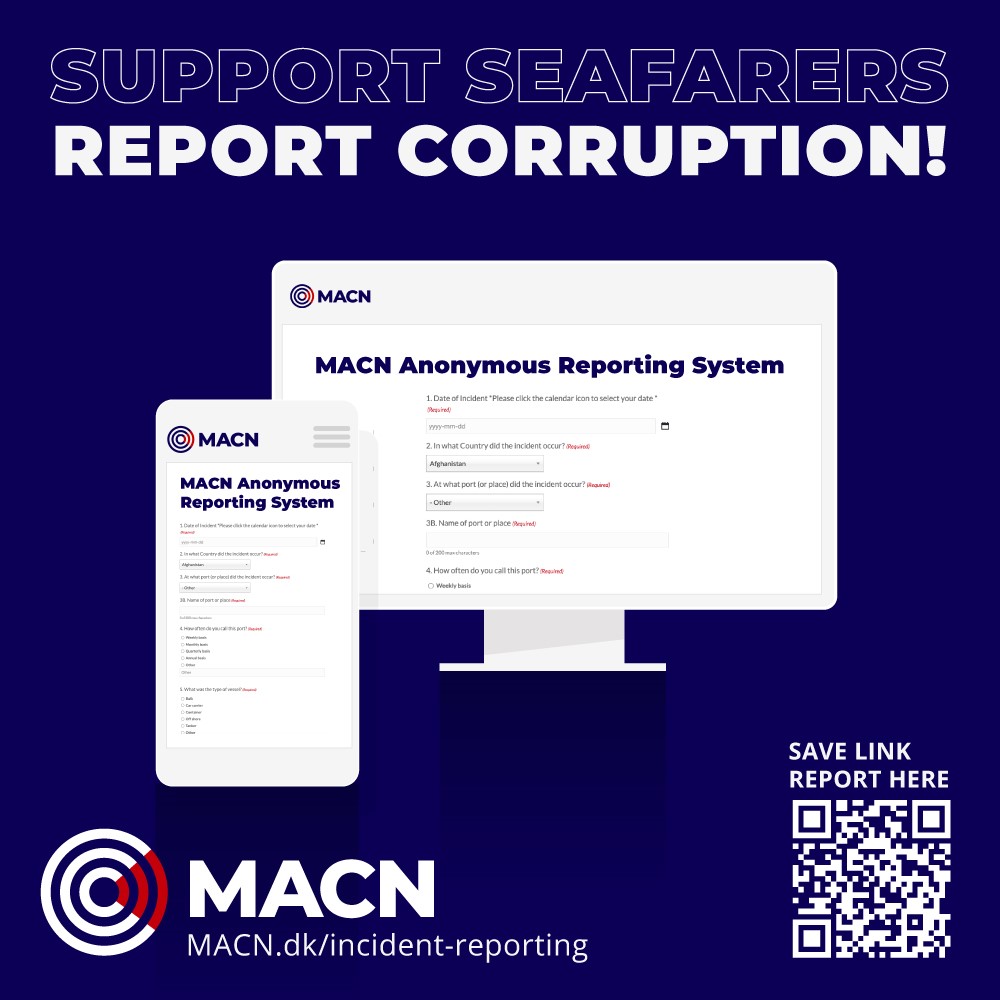 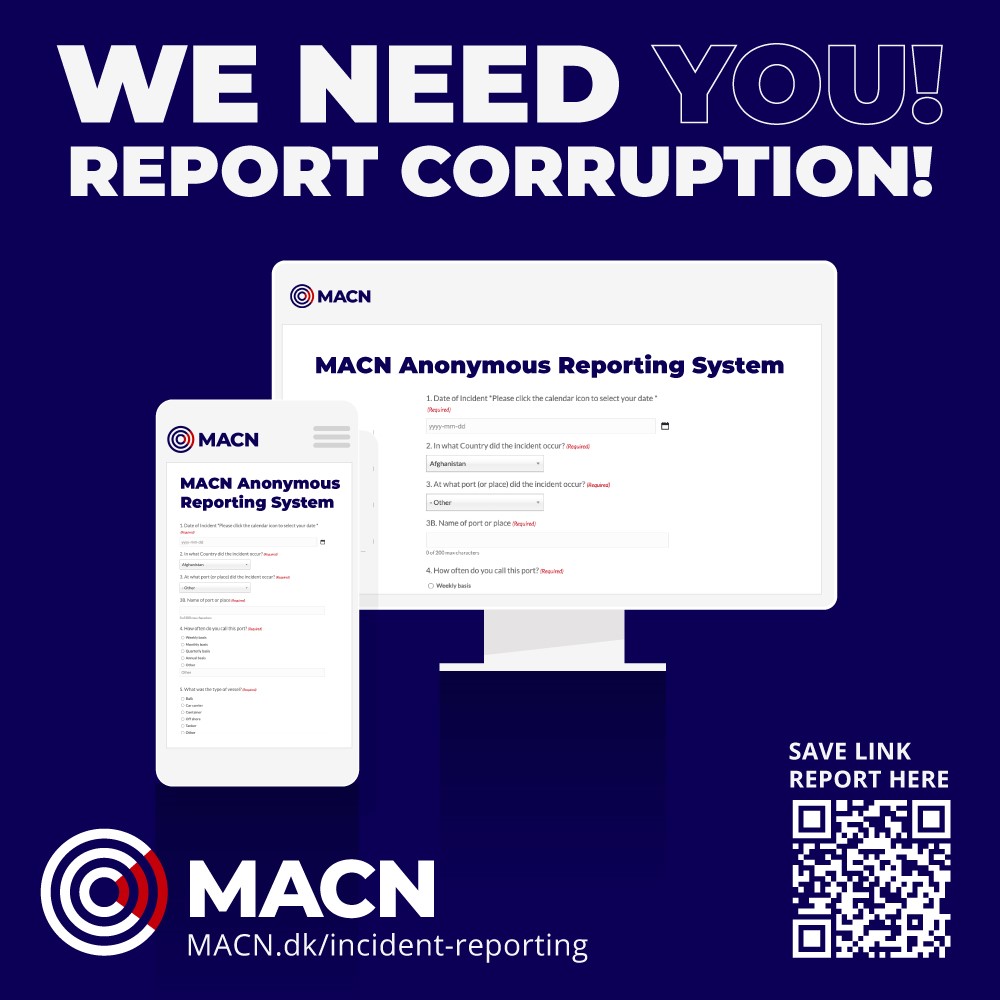 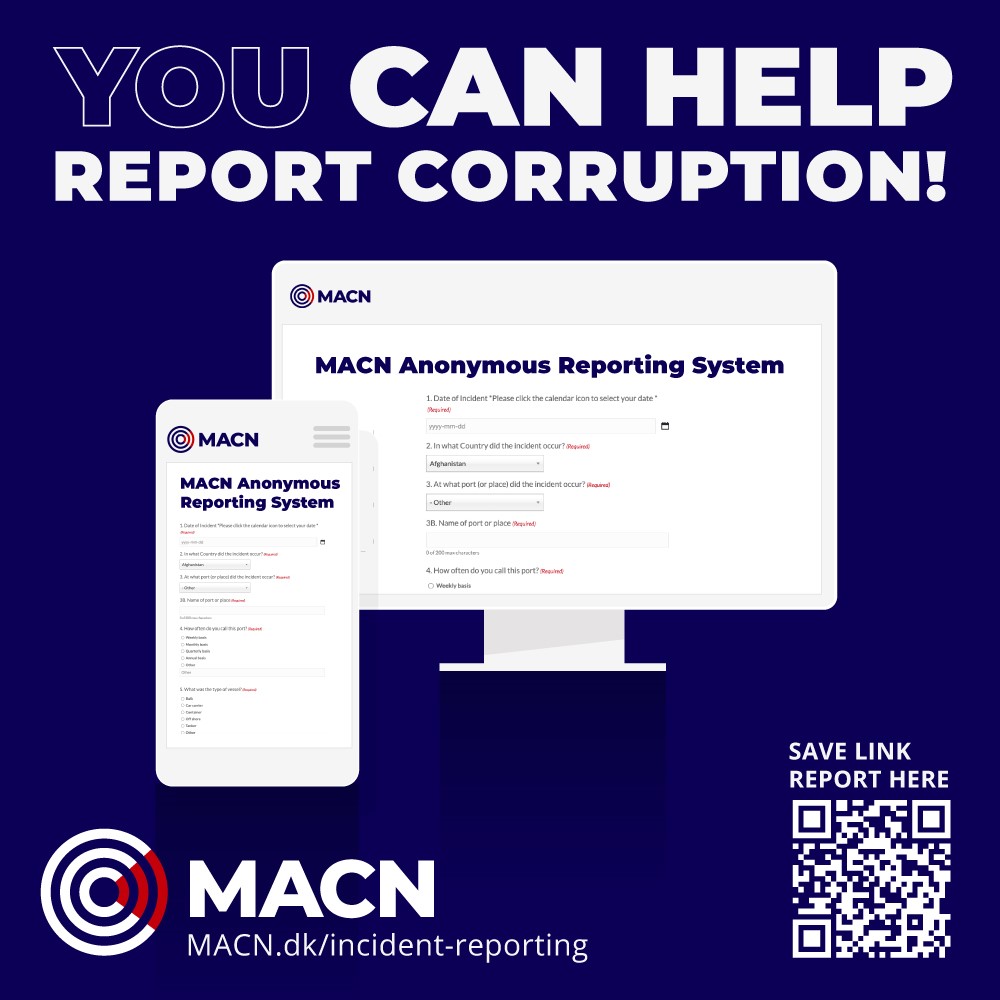