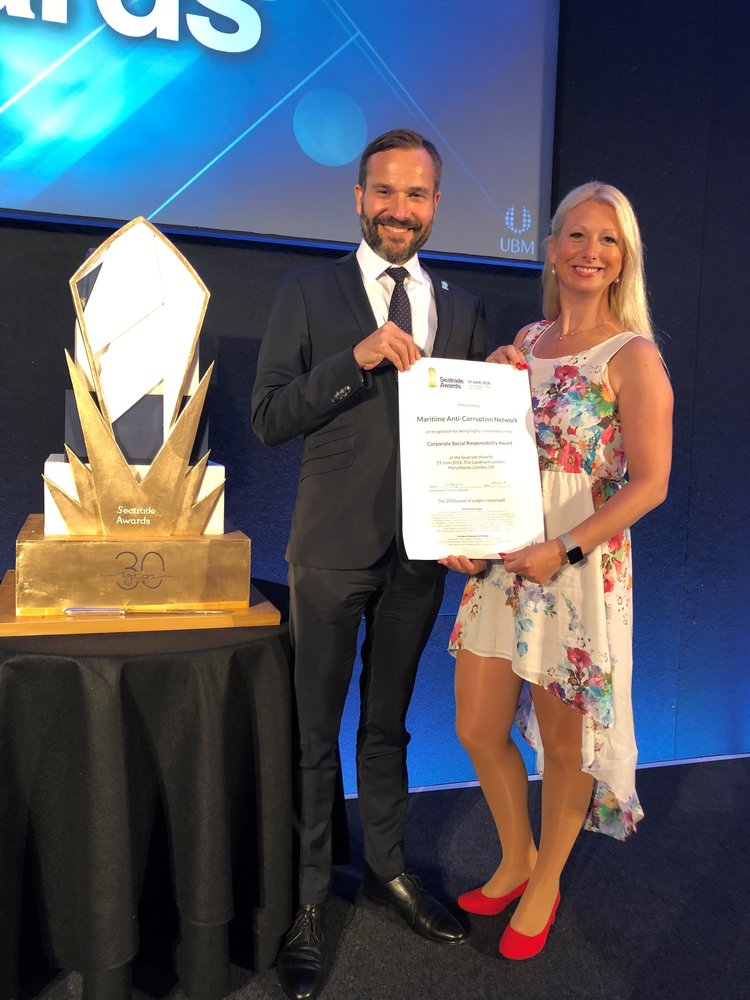 The Maritime Anti-Corruption Network (MACN) is delighted to have been awarded the High Commendation for Corporate Social Responsibility (CSR) at the Seatrade Awards 2018.

The Seatrade awards, which have been running for 30 years, recognize excellence and innovation across the maritime industry.

The award follows a year of significant success for MACN in 2017.

Through its Collective Actions, MACN has inspired and delivered increased participation in the Suez Canal Say No campaign; developed a new regulatory framework for the dry-bulk vessel clearance process in Argentina, trained over 400 stakeholders, and open-sourced guidance to support implementation; enhanced container tracking in Indonesia; and delivered ethics training for close to 600 government officials in Nigeria.

Our anonymous incident reporting has continued to grow substantially. With over 19,000 incidents of corrupt practices reported to date, MACN has a strong platform to better understand the challenges and to engage with stakeholders, including governments, on shared solutions. MACN has also collaborated with other shipping organizations to address the issue of maritime corruption more broadly in the industry and with maritime regulators.

Last but not least, we now have nearly 100 companies in our network. Our collective voice and influence grows with our membership.